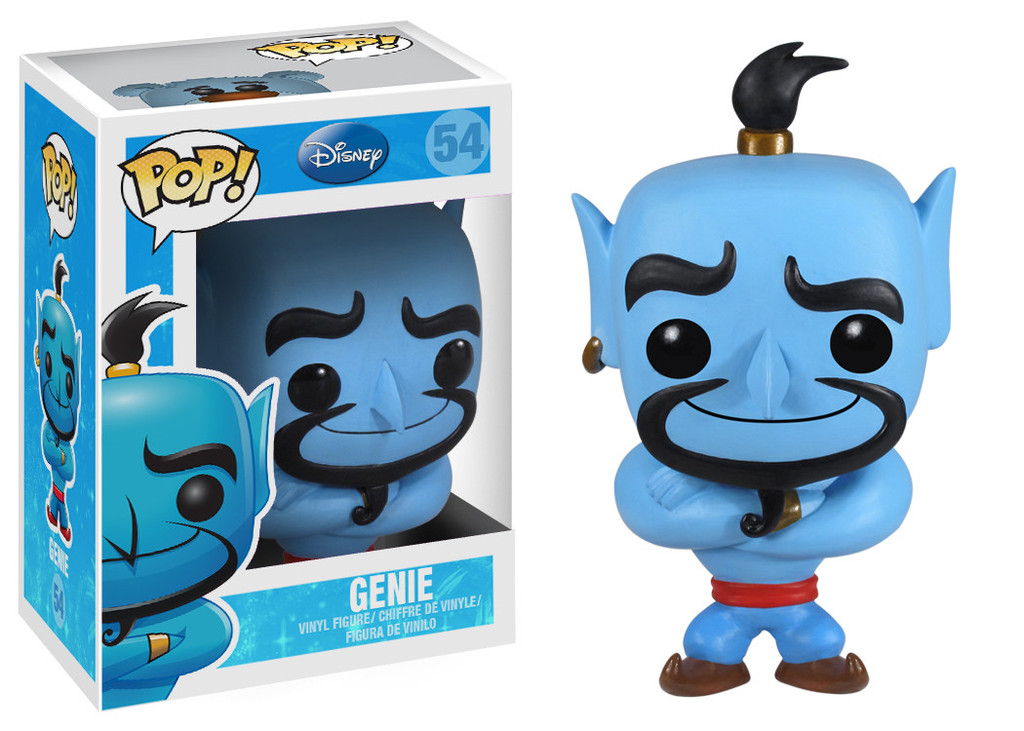 Genie is an all-powerful spirit (a "jinni") residing in a magical oil lamp and the tritagonist in Disney's 1992 animated feature film, Aladdin.

Genie is loosely based off the Genie of the Lamp featured in the One Thousand and One Nights folk tale Aladdin. The figure in the tale, while important, was portrayed as a mere servant, while the Disney interpretation was greatly expanded into an identifiable character personality, the most notable difference being the Disney genie's ultimate wish to be free.

Like most popular depictions of genies, Disney's Genie was originally a slave. Though he possesses "phenomenal cosmic powers", he is bound to an "itty bitty living space" and can only use his powers when the owner of the lamp (his master) makes a wish; he occasionally does things without granting a wish, but never anything that greatly affects the world around him.

He is also bound by three laws; he cannot kill anyone, he cannot make people fall in love with each other, and he cannot revive the dead. It is possible, however, that he can do the third one, but as he puts it, "It's not a pretty picture. I don't like doing it!". Alternatively, it could mean that while he can revive a person's corpse, he cannot bring them back proper.

Each master has three wishes, and cannot exceed this amount by wishing for more wishes. The lamp comes into the possession of Aladdin during the course of the first film, and he remains in servitude until Aladdin uses his third and final wish to grant Genie his freedom at the end of the film.

As well as largely driving the plot in the first movie, Genie serves as a comic relief element in each of his appearances. He is shown to have shape-shifting abilities, which allow for many and varied sight gags. His supernatural disposition permits him to break the fourth wall, as well as parody real-life people and popular culture completely outside of the boundaries of the universe in which he is contained.

Robin Williams is responsible for most of these because he improvised many of the lines in the film. Genie's true name, if he has one, has never been revealed; he answers to being called "Genie", and never says that he has a real name, though it's implied he forgot his true name after ten thousand years.